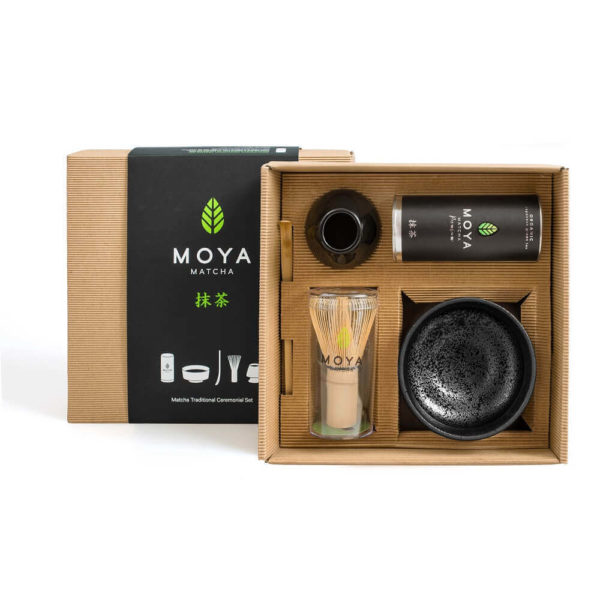 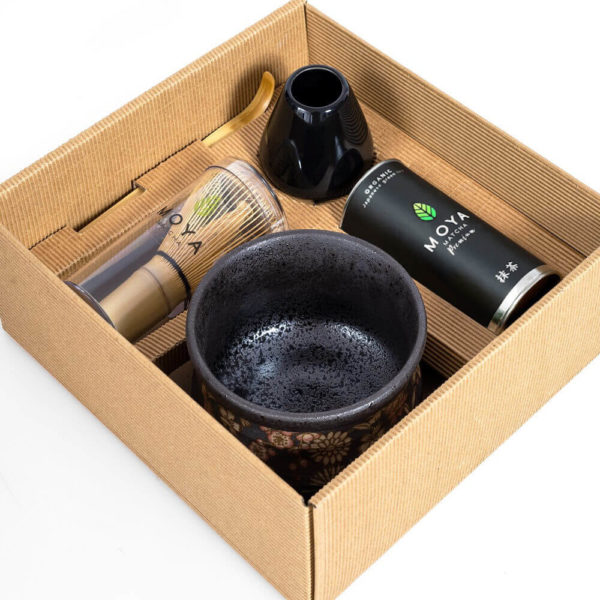 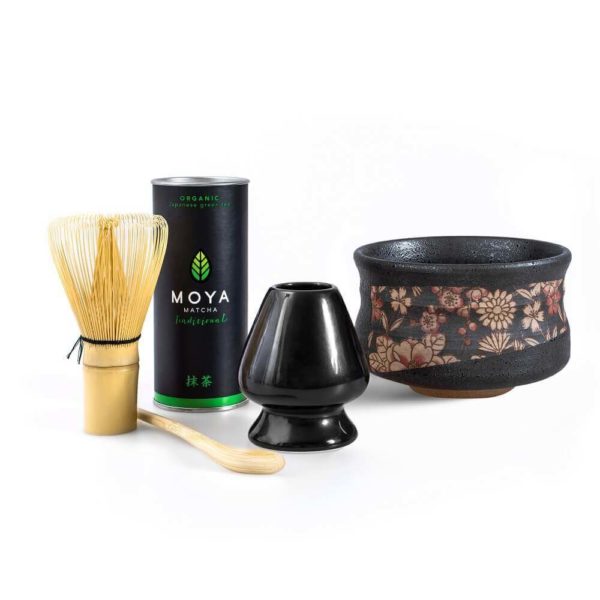 Matchawan – or in other words a bowl – is definitely the most comfortable tool destined for drinking and preparing matcha. It’s also an integral element of Japanese tea ceremony. Its broad bottom facilitates the process of mixing matcha powder with water and obtaining fluffy foam on the surface of the matcha drink. The Nonoka bowl was made from potter’s clay in Gifu prefecture. The name ‘Nonoka’ – which in translation means ‘wildflowers’ – derives from the pink floral ornamentation, with which the matchawan is ebmellished. The bottom of the vessel is bare and bright, while the larger part of the bowl is glazed with dappled enamel, resembling a volcanic soil base. The bowl is an example of Mino ware, which is one of the most important and prominent Japanese pottery techniques. The crockery created in accordance to Mino can be found in every other Japanese household. Mino-yaki has its origin in present-day Korea and its history dates back to the 7th century.

As this is a handcrafted product, dimension and appearance may vary slightly. 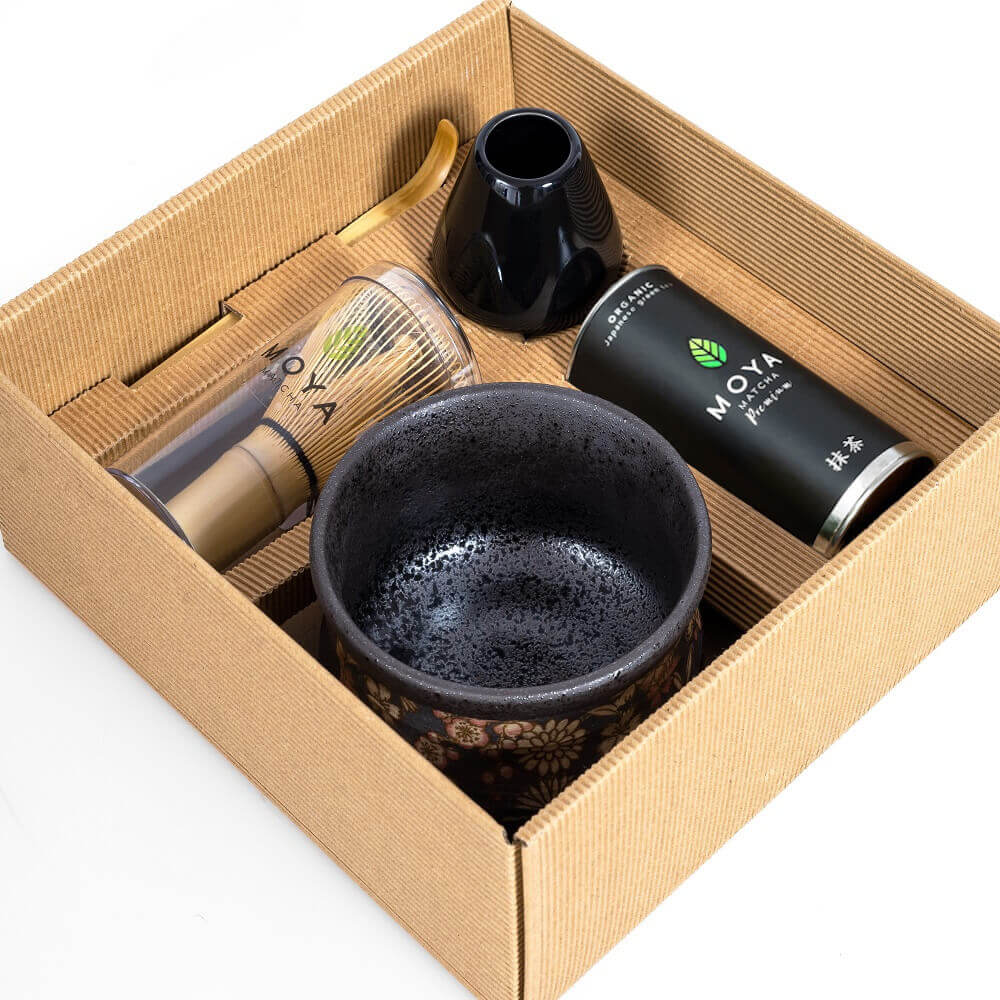 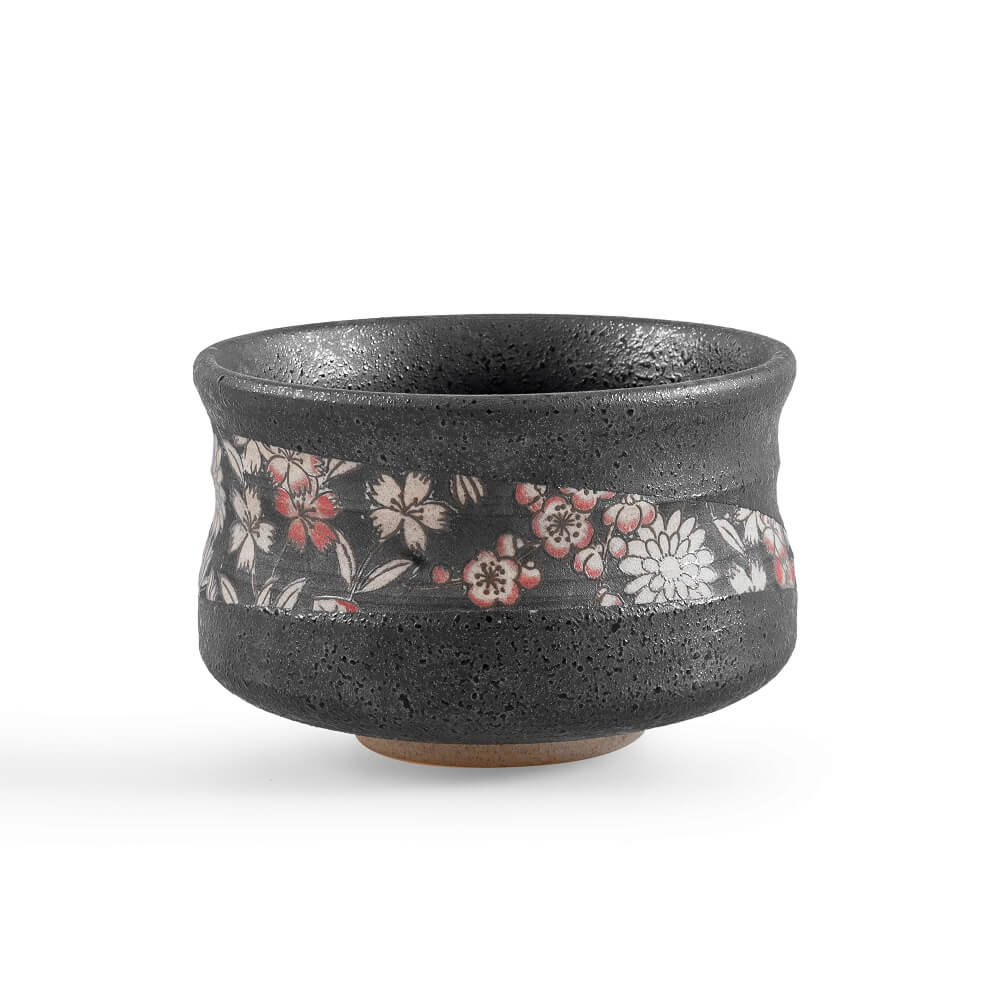 Traditional bamboo whisk or “chasen” is an indispensable tool of the Japanese matcha tea ceremony.  The fine, handmade prongs are carved out in a single piece of bamboo by craftsmen whose skills are past on from generation to generation.   When using a chasen to whisk matcha it is best to keep a loose and relaxed wrist and make rapid zigzag motions in the shape of letter “W” or “M” – this helps to give matcha the ideal frothy texture.

The traditional matcha whisk holder is not only a beautiful element of the traditional Japanese matcha tea set. It is a very practical tool that helps your chasen dry faster and maintain its shape and durability.

Chashaku is the traditional Japanese spoon for serving matcha and an integral part of the matcha tea ceremony. The curved portion of the spoon is used to scoop a small portion of tea  and place in a bowl (matchawan).  The mixture is then whisked to uniform consistency using a bamboo whisk (chasen).  The amount of matcha served depends on individual preference.  The thin tea or “usucha” is prepared with one or two chashaku of matcha and approximately 100ml of water.