Kendō, a traditional samurai practice to shape body and mind 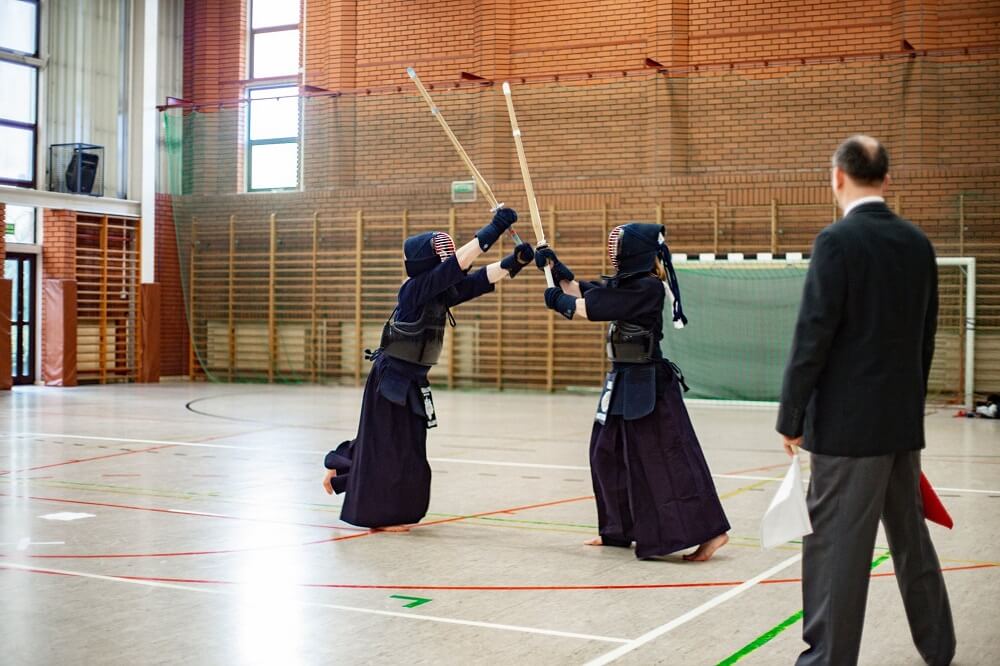 Very few people realise that matcha has a lot in common with samurai culture, and thus also with kendō. From around the 13th century, samurai used a matcha tea drink as a remedy for improved concentration and endurance, which, drunk before a duel, was supposed to have a positive impact on its outcome. What is more, an elaborate model for preparation and consumption of matcha, called wabi, was developed over centuries. This philosophy gave birth to the tea ceremony known to this day. According to some historical records, samurai would sip matcha from one cup during their meetings, which was considered a kind of ritual to solidify the godly will, trust and loyalty.

Kendō is a Japanese form of sports fencing which uses bamboo swords. It is one of the Japanese martial arts referred to collectively as budō, which include disciplines more recognisable and popular in Poland such as aikidō, judō or karate. Hardly anyone knows, however, that it is kendō that remains the most widely trained martial art in Japan, surpassing the other sports by hundreds of thousands of practitioners.

The main purpose of kendō practice is to shape body and mind and to achieve personal growth through physical exercise. Hence the ending dō, which means ‘path’ in Japanese. In Japan kendō is considered a ‘life-long martial art’ because it can be practiced at any age without the risk of injury, which affects mainly professional competitors. The best practitioners are the ones who start rigorous training as children and continue it throughout their education, often achieving championship already as policemen or teachers. Why? Kendō is widely practiced by among officers of uniformed service and that is why people who want to succeed in sport often choose these professions. In Japan it is impossible to find a person who has never had any contact with kendō, whether at school (where pupils can choose between kendō or judō for their PE classes), at university clubs or private dōjō, sport clubs. 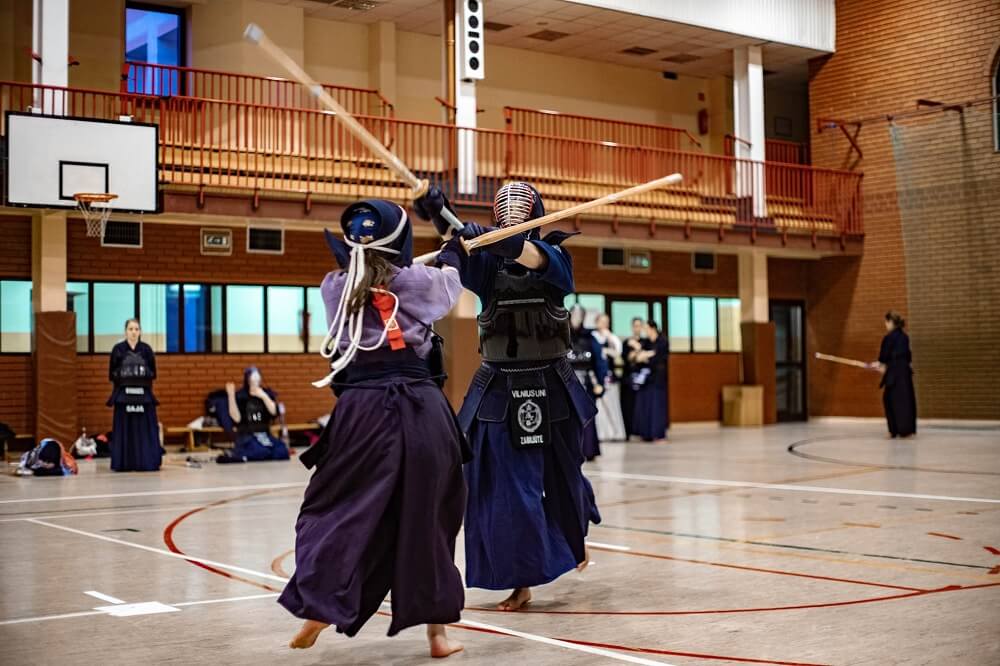 Kendō stems directly from samurai combat fencing, which dates back to the 11th century. Its different schools had developed until the mid-19th century, when a ban on carrying swords by samurai was introduced. In the early 17th century protective armour and practice swords were gradually added to the training, which allowed to make full sword strikes in bloodless duels. The use of practice swords, at first made of wood and later of bamboo, as well as solid protective gear modelled on samurai armour, enabled a more dynamic practice and sparring fights. The rules of training introduced over time gradually limited the acceptable target area for strikes and eliminated dangerous techniques threating the fighters’ safety. These rules introduced in the past laid foundations for what we know today as kendō.

To this day kendō is appreciated not only because of its history and educational value, but also because of its injury-free character and clear combat rules. In kendō attacks are allowed only onto a specific target area of the opponent’s body, covered by protective gear, i.e. strikes against the head, forearms and torso and thrusts to the throat. For an attack to be valid (ippon), it has to meet certain criteria. It is part of the ki-ken-tai-ichi concept, meaning ‘the unity of mind, sword and body’, according to which a strike should be made with a specific part of the sword and with the right force, body movement and an accompanying shout. In addtion, after an action a competitor should stay alert and ready for further fight. Only then can an attack be considered effective. Accidental attacks are not treated as valid. That is why in kendō it is important to strive for perfection through exhausting training and arduous repetition of exercises aimed at correcting even the smallest mistakes. Discipline, stamina and effort put into the process contribute to personal growth and improved inner strength of practitioners.

Today kendō is a sport widely practiced on all continents, supervised by the International Kendō Federation and the relevant continental federations. In its homeland, Japan, there are approximately 2 million practitioners. In Poland the number of competitors is 500 registered in 26 clubs. Globally, there are ca. 5 million kendō practitioners. Thanks to the great popularity of Japanese culture and pop culture, the number of kendō enthusiasts is growing each year. Kendō is extremely popular all over the world because of its rich history and pedagogical value. Due to the growing popularity of Japanese culture, kendō is becoming more and more popular as well. Now we can only wait and see if the number of its enthusiasts will be higher than of other budō martial arts. 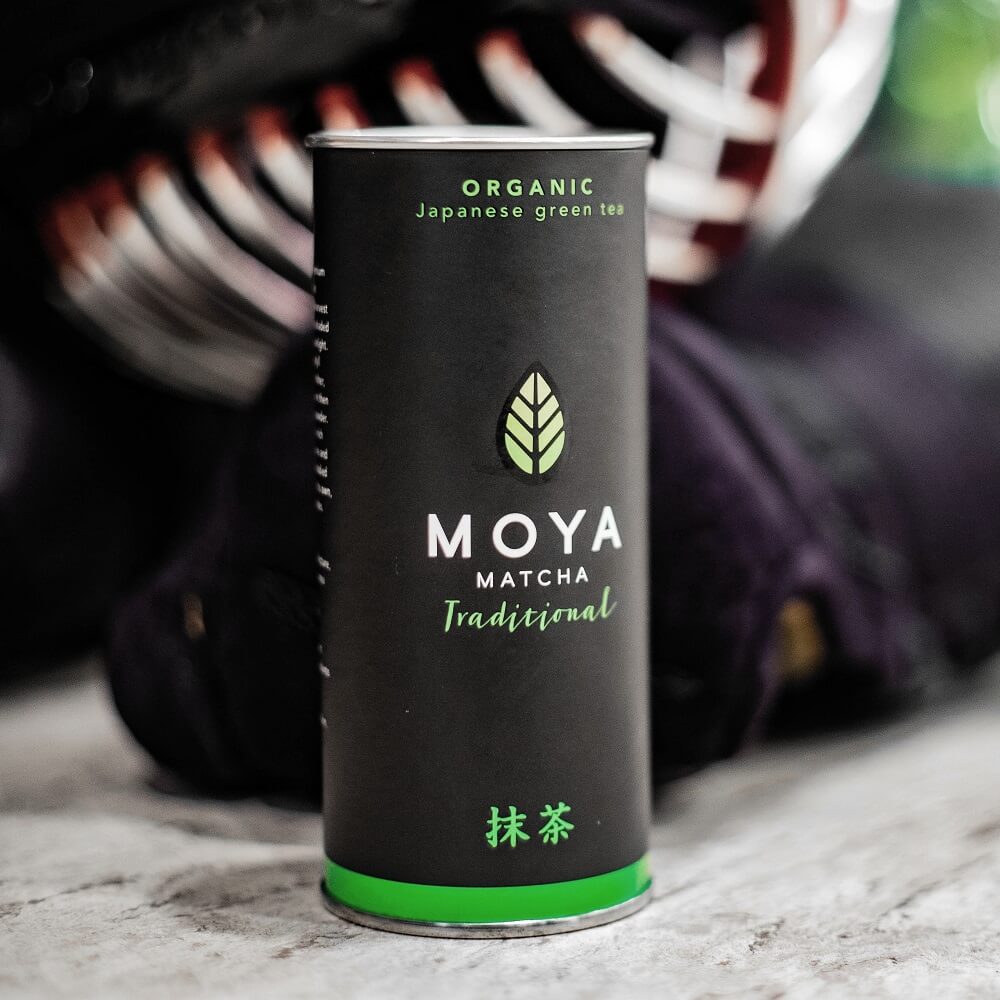 Moya Matcha partnered in European Kendo Women’s Cup on 15th of February in Warsaw. Article was written in the cooperation with Polish Kendo Organization, host of the tournament.

Shopping Cart
There are no products in the cart!
Subtotal
€0.00
Cart
Checkout
Continue Shopping
0