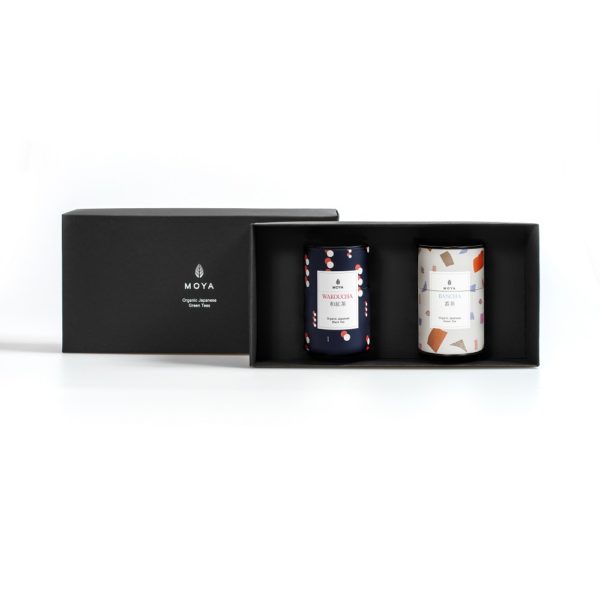 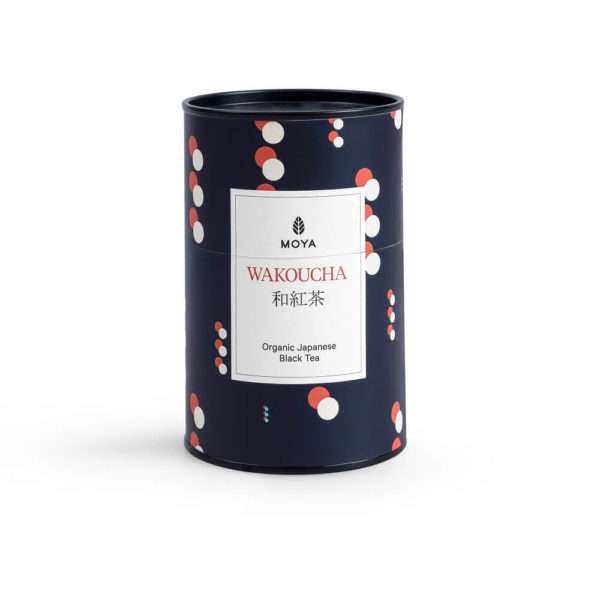 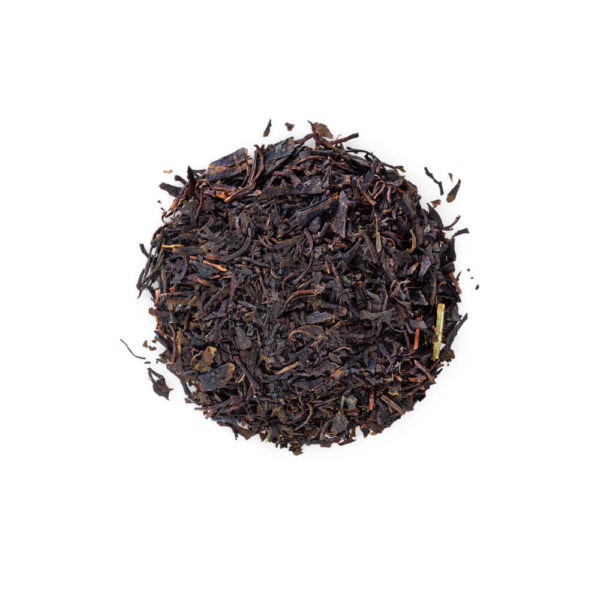 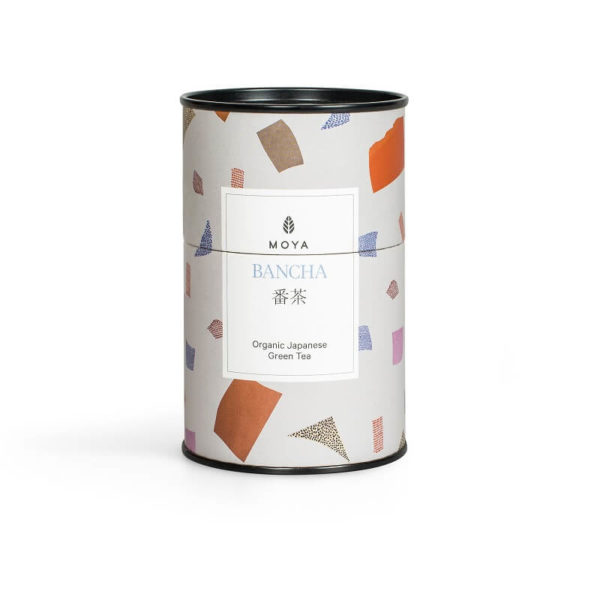 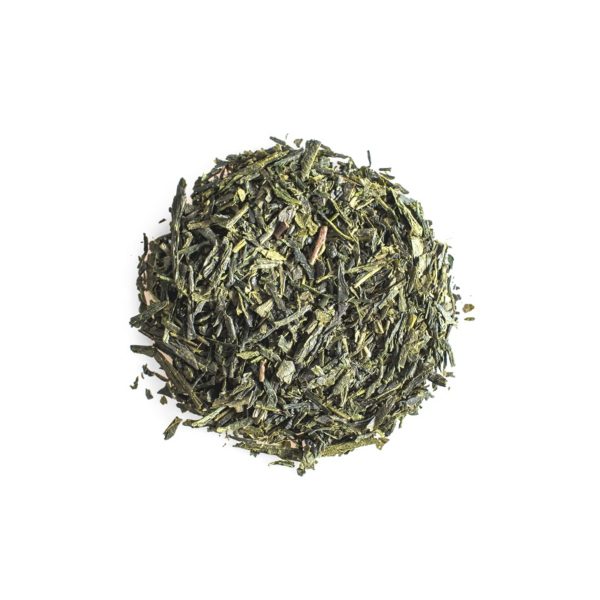 The taste of this black leaf tea is truly exquisite, slightly flowery, with noticeable honey and spice undertones. The term „kou-cha” 紅茶 can be translated as „a tea of crimson colour”. Such designation was coined thanks to Japanese soft water, which would turn dark red with a hint of blue, when infused with black tea’s leaves. That’s also why, in the past, wakoucha was referred to as „red tea”. When brewed in water of medium hardness, more typical of the European countries, the tea takes on a colour of dark amber. Moya Wakoucha is cultivated and processed in the Mie region on the island of Honshu.

Black tea wakoucha is ideally suited as a companion for meals and desserts, the sweetness of which is subtly broken with the tea’s bitter undertones. Just as any other black tea, wakoucha, once harvested, undergoes the process of drying and fermentation, which sets it apart from green teas. The results of this process are wakoucha’s dark colour, slightly earthy flavour and reduced caffeine content, when compared to e.g. green tea sencha. Drinking black tea aids digestion system. Infusion of wakoucha can be a source of amino acids, beta carotene, folic acid, potassium, calcium, and phosphorus. As there aren’t many farmers in Japan, who would decide to cultivate and process black tea, Japanese wakoucha remains an uncommon delicacy. 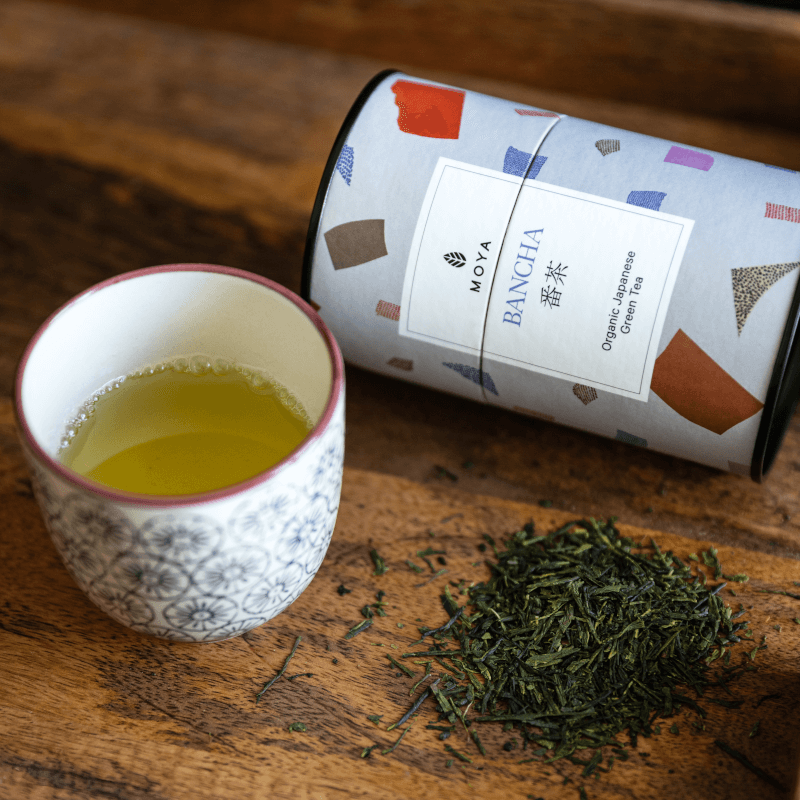 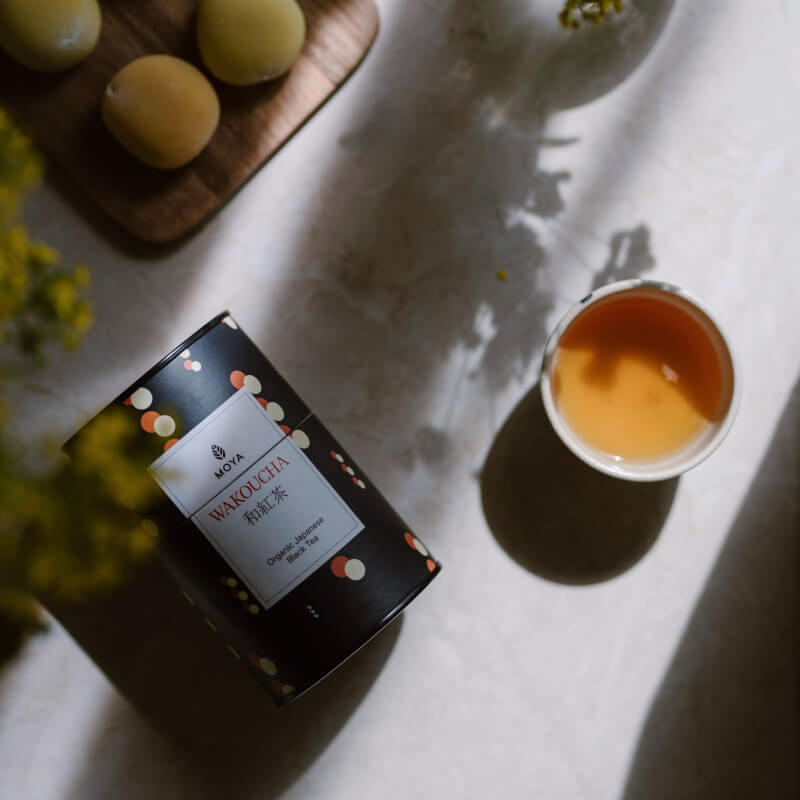 Bancha is a green tea with a golden-yellow tint. It has a slightly acidic flavour and a distinct walnutty aftertaste, which is a result of the high content of tannins. The name bancha (玄米茶) derives from words „ban” and „cha”. In Japanese, „cha” means „tea”, while „ban” can be understood as something „daily”, „popular” or „late”. The last meaning refers to late crops of Bancha leaves that are harvested from the lower parts of tea bushes. Moya Bancha is organically cultivated on the island of Kyushu.

In Japan, bancha is considered to be an everyday tea and is often served with meals. It can be drunk all day long because it contains 70% less caffeine than gyokuro. Due to the extended photosynthetic cycle, bancha is characterized by a higher level of tannins than other teas. Tannins – also known as tannoids – have anti-inflammatory and detoxifying effects. Just like other Japanese green teas, bancha is a rich source of catechins and antioxidants. Drinking bancha is good for the digestion, and it also delays the ageing processes, helps to get rid of toxins, keeps the sugar levels in check, reduces bad cholesterol and improves overall dental health. Its leaves contain easy to absorbe vitamin C, beta carotene, folic acid, potassium, calcium and phosphorus.