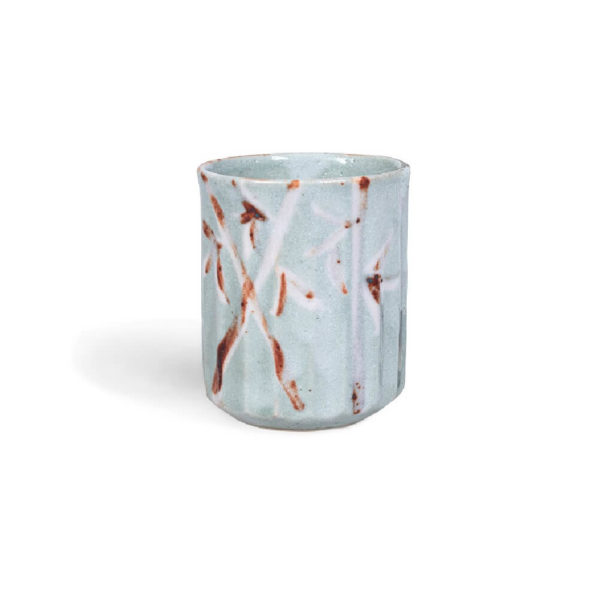 The Take cup is a traditional teacup for drinking leaf tea infusions. Its fluted walls and delicate structure make it sit comfortably in your hands. Patterns on a blue background are associated with bamboo stalks swayed by the wind, hence the Japanese name Take, meaning ‘bamboo’.

This unique teacup was produced in the Shino pottery style in the city of Toki on the Japanese island of Honshu. For years, dishes have been produced there according to the Japanese tea tradition. In the first stage, the vessel is shaped with a mould. Later, the final shape and patterns are handcrafted, making each cup unique. 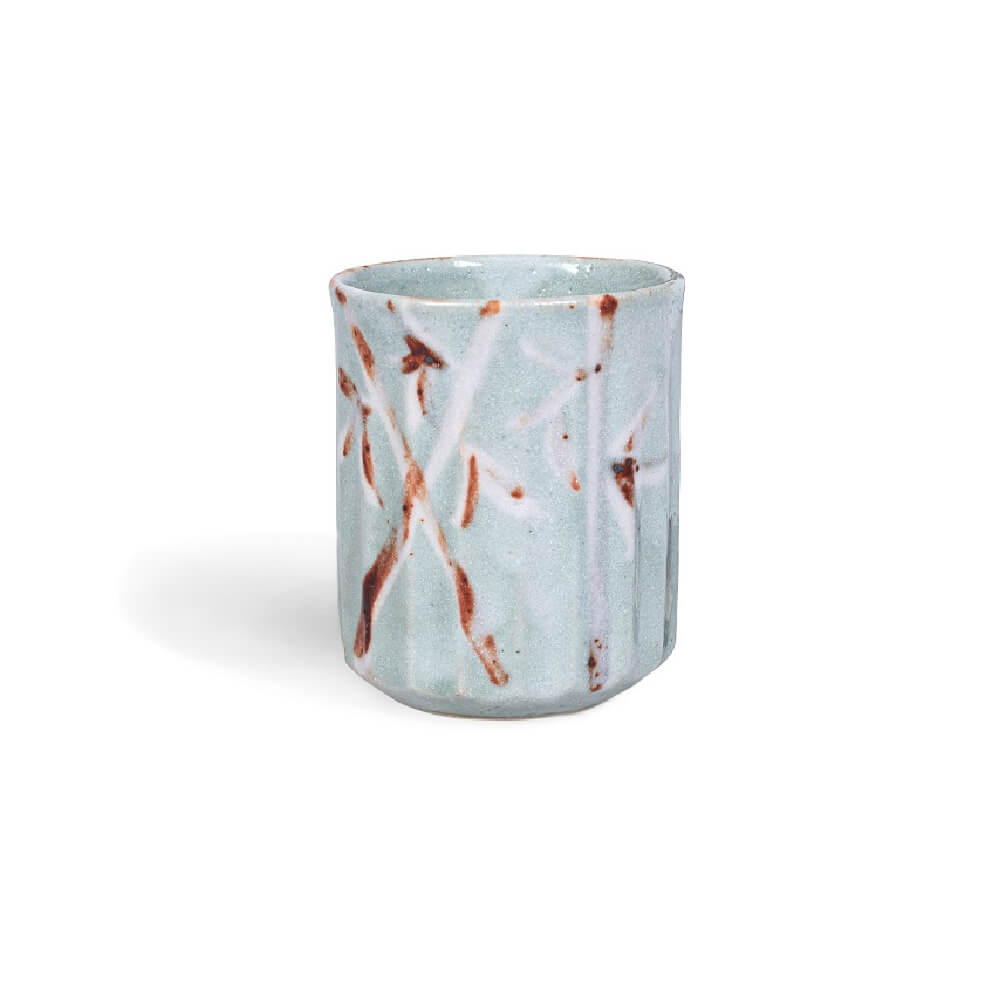